After spending several weeks collecting a dataset of melting ice blocks, I was able to train a variant of the pix2pix model to generate a prediction of what a given block of ice would look like an hour into the future.

The work was shown as a day-long installation (using a live camera pointed at a block of ice in the exhibition space) at Visual Forensics, a group show held at the London Canal Museum in April 2019. 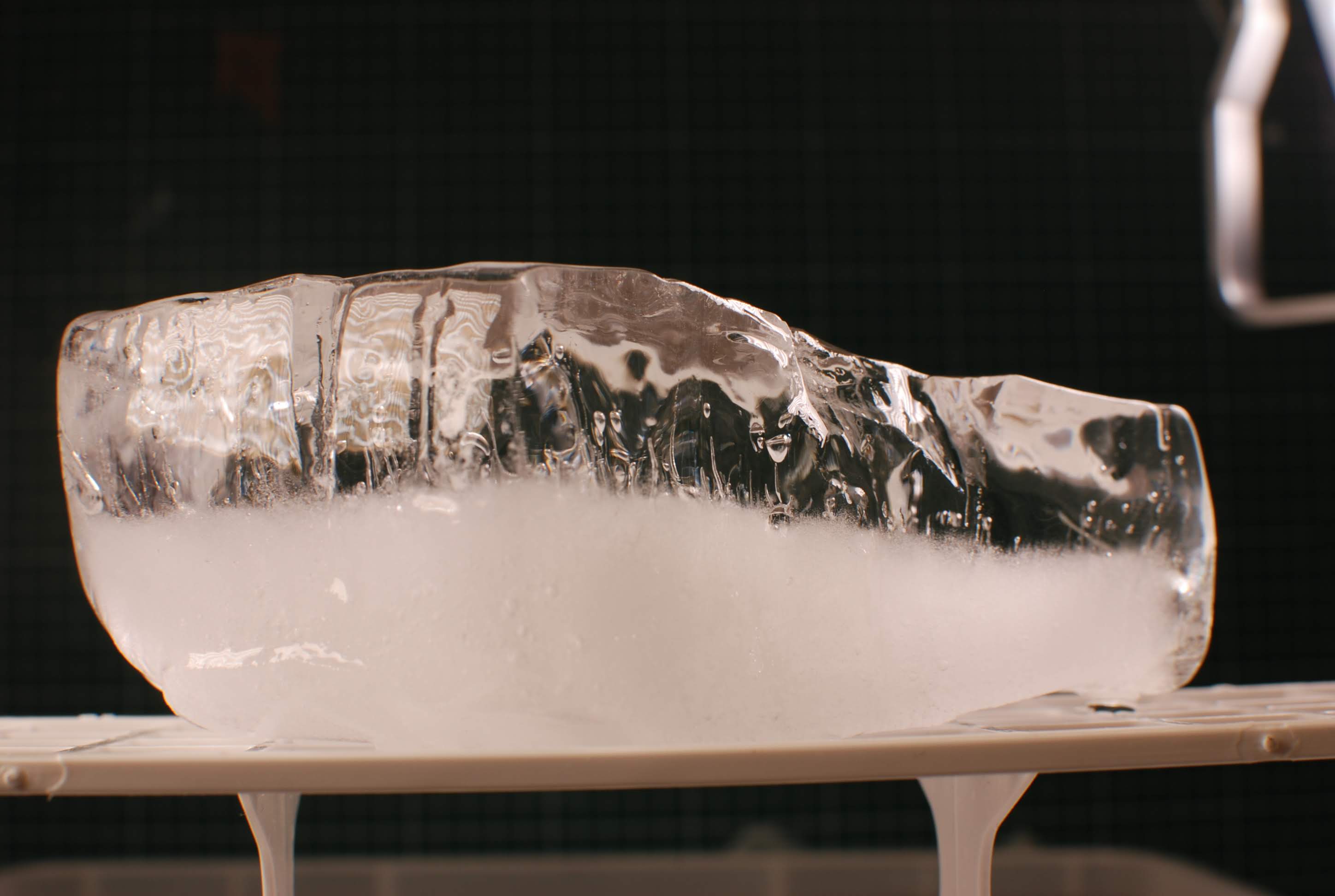