In an attempt to engage with archival material in a new way, I filtered archival editions of the New York Times (ranging from the early 19th century to the early 2000s) for headlies containing references to primary colours: Red, blue, and yellow. The clippings were ordered chronologically and collected into a book.

The result is a strange slice through American history. For instance, the word "Yellow" first appears in reference to yellow fever, before being used as a racial slur in the 20th century, and later appearing in headlines describing the decline of the Yellow Pages.

The book is laser-printed in black and white, perfect bound, 256pp.

Note that I'm in no way affiliated with the Times. 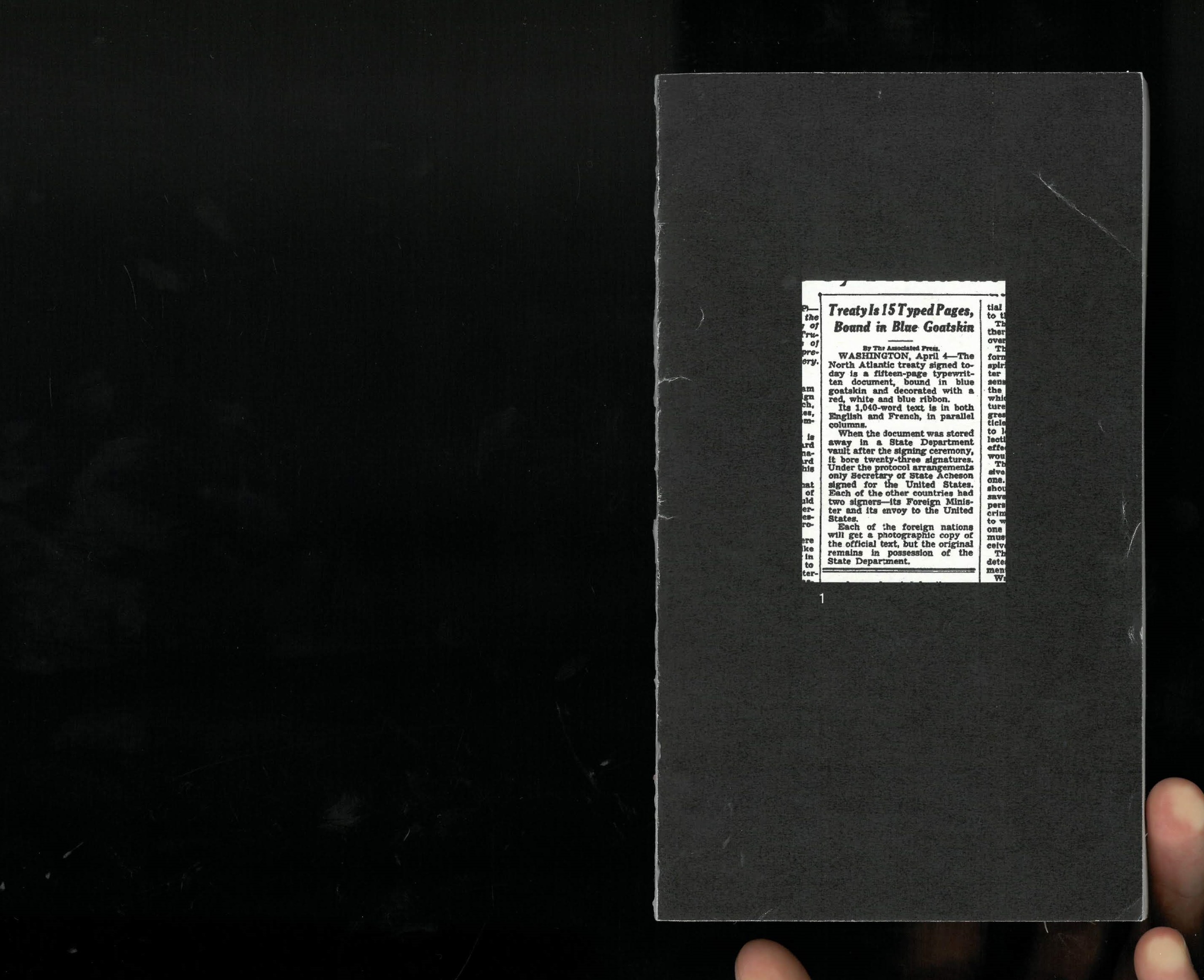 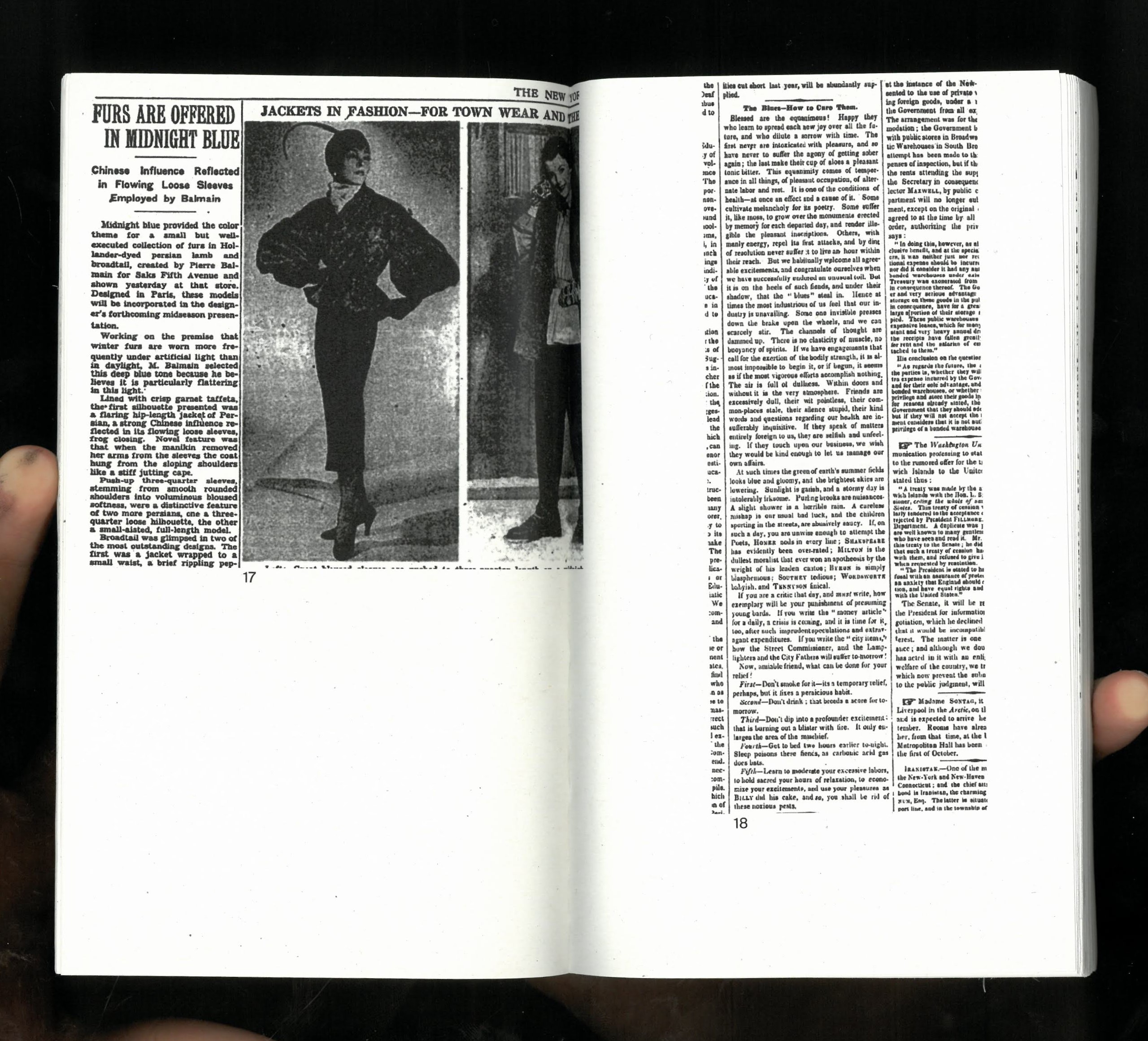 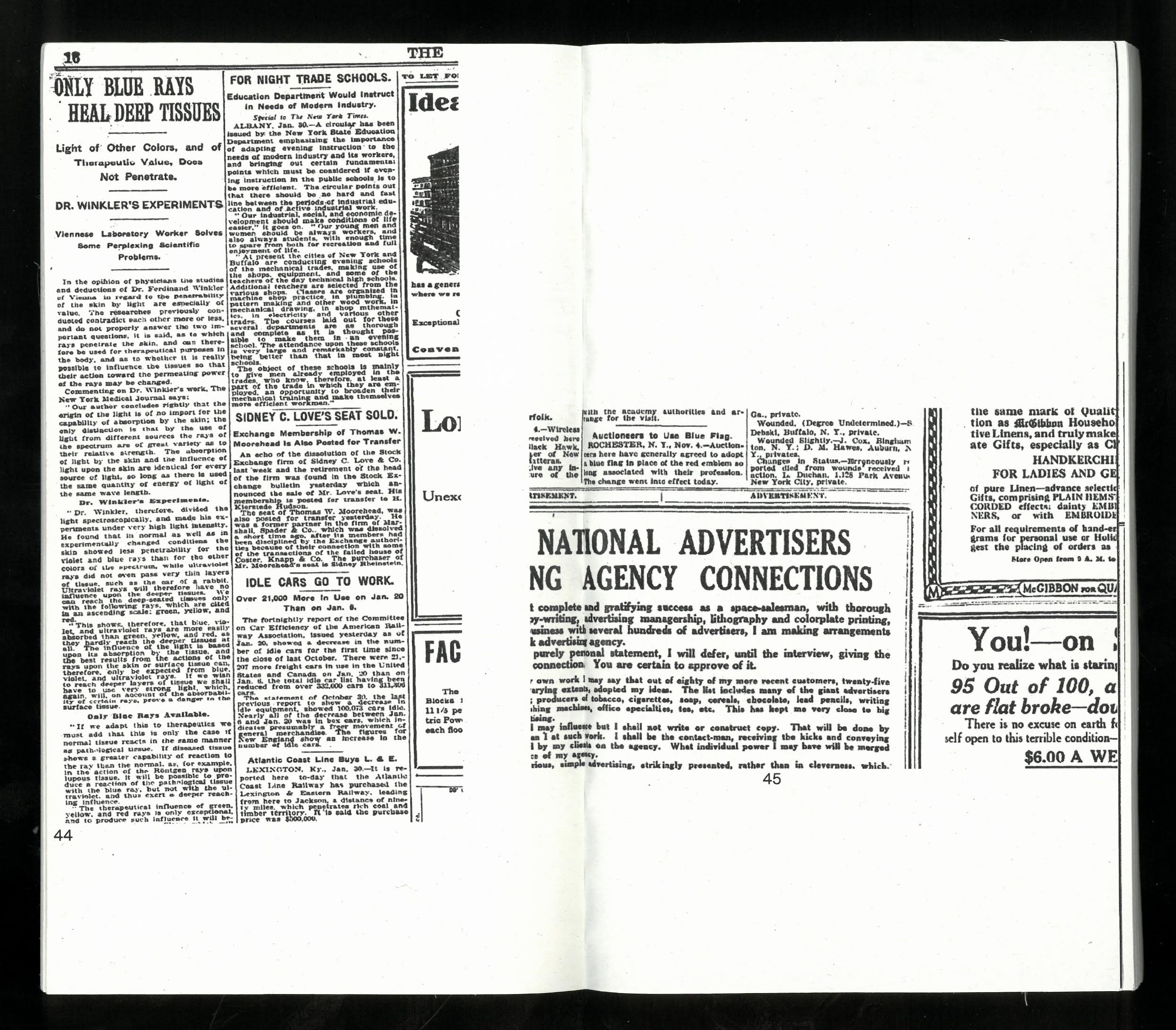 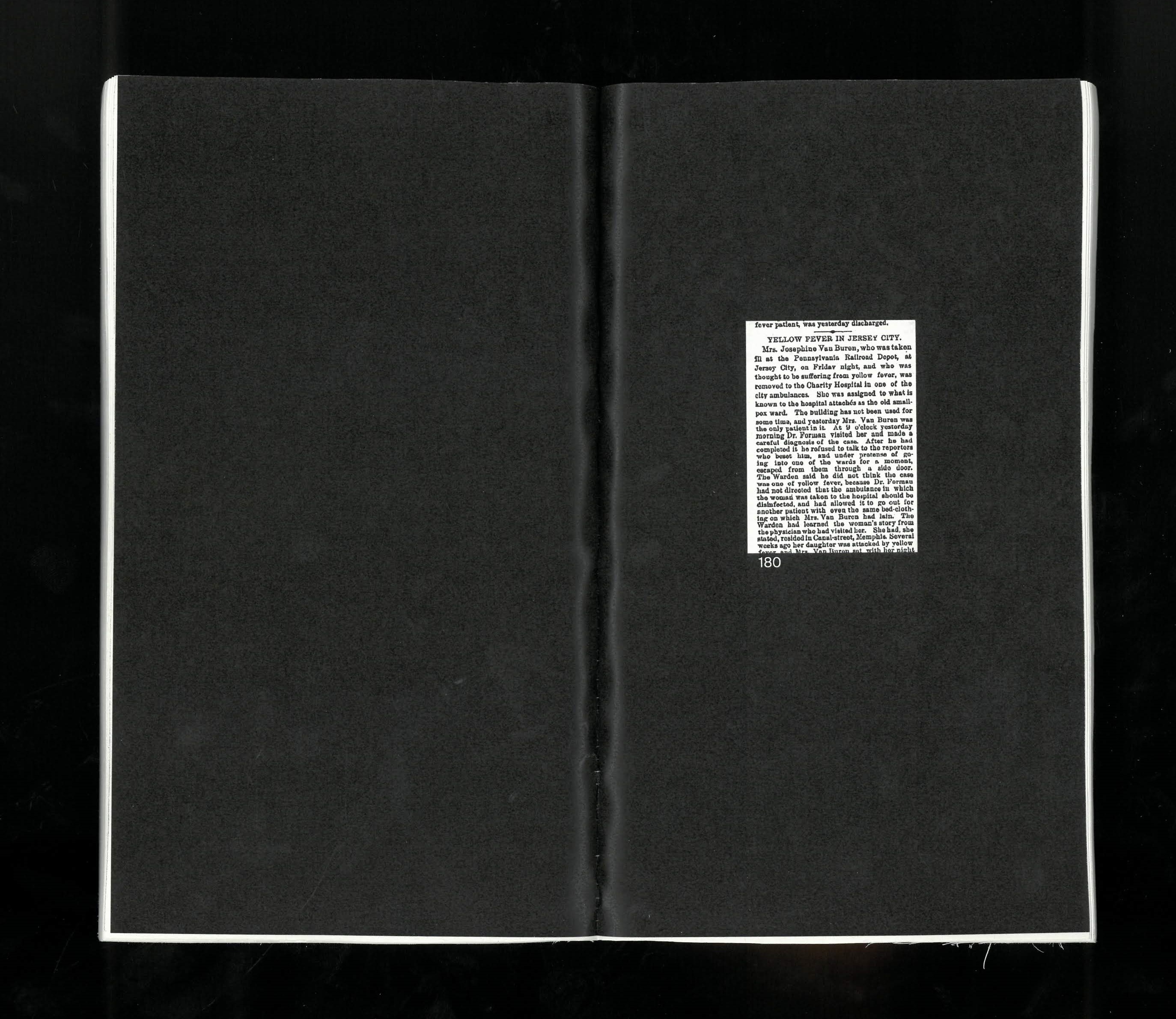 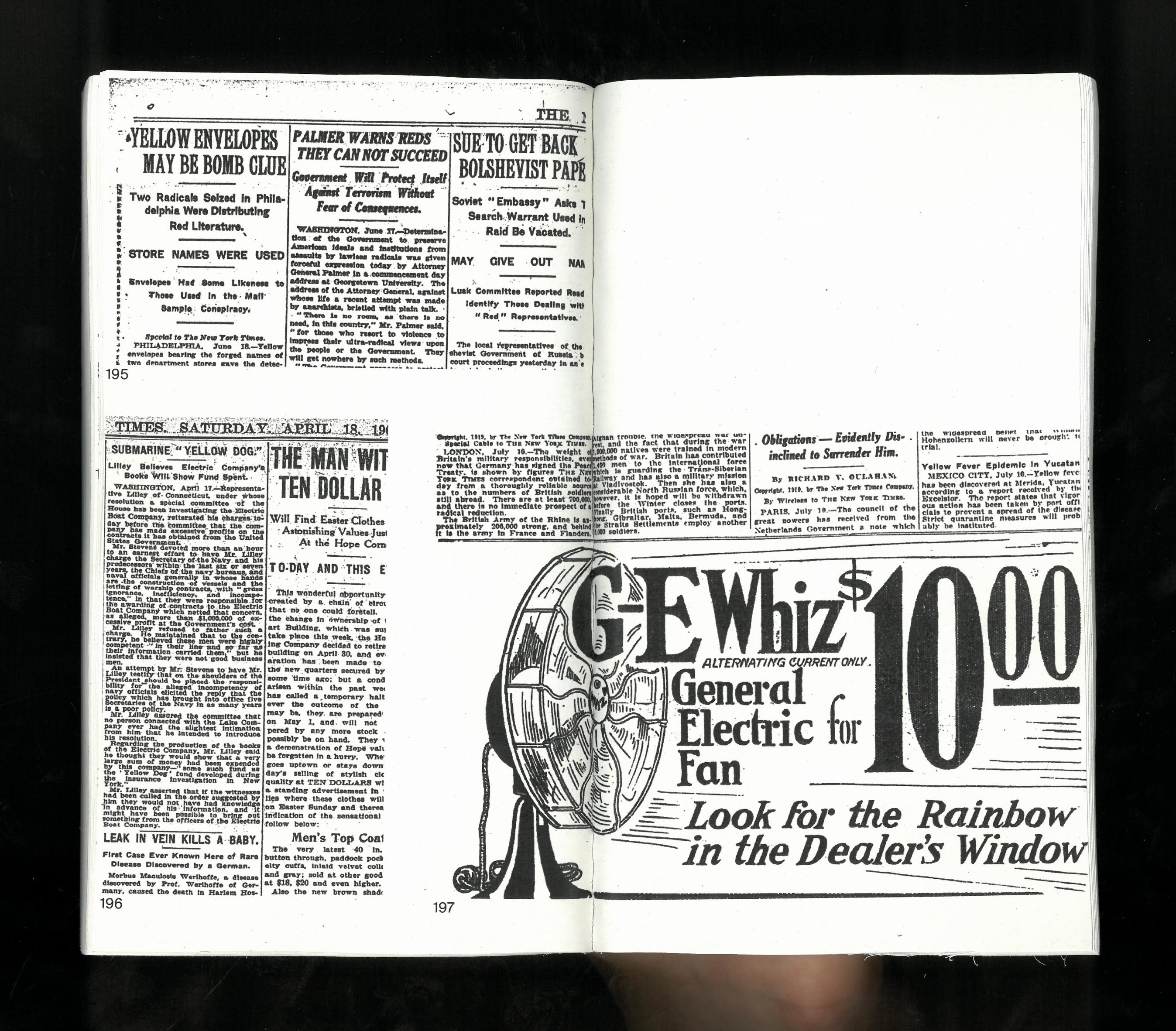 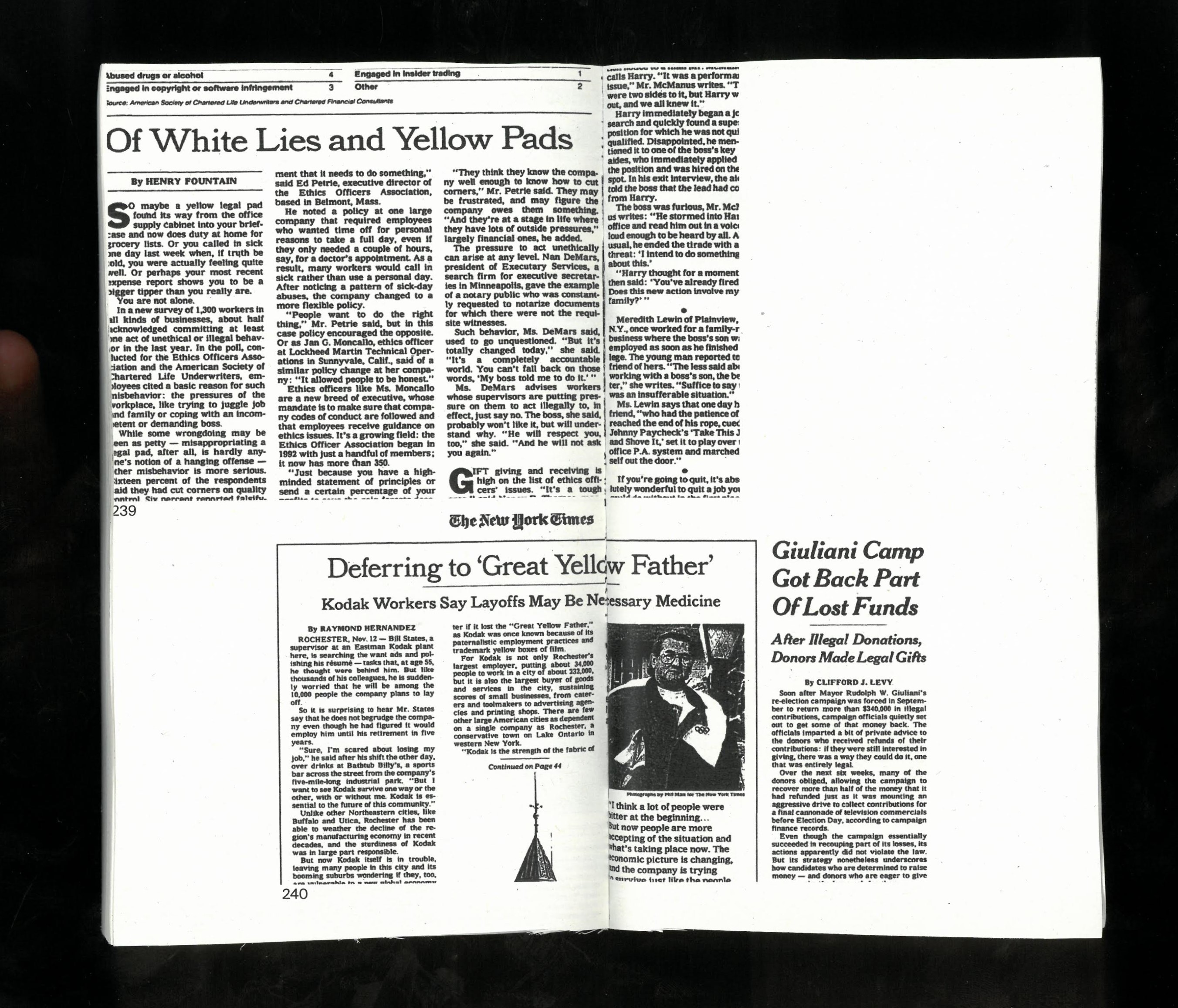